Opening of the Waterside quarter park in Villeneuve-le-Roi

Work on the park has reached its conclusion. From the month of August it has been open to the public in order to let the inhabitants enjoy its spaces over the summer.

This new breach of nature open to the Seine hosts new spaces whose plant ambiances lend themselves to the various uses of the inhabitants. Its poetic, marked by the metaphor of islands that open up viewpoints on the river and its function of regulating storm water, are reflected in painstaking work on the different levels, the materials and the details. As a precursor, a couple of ducks had already settled in the ecological pond before the official opening. 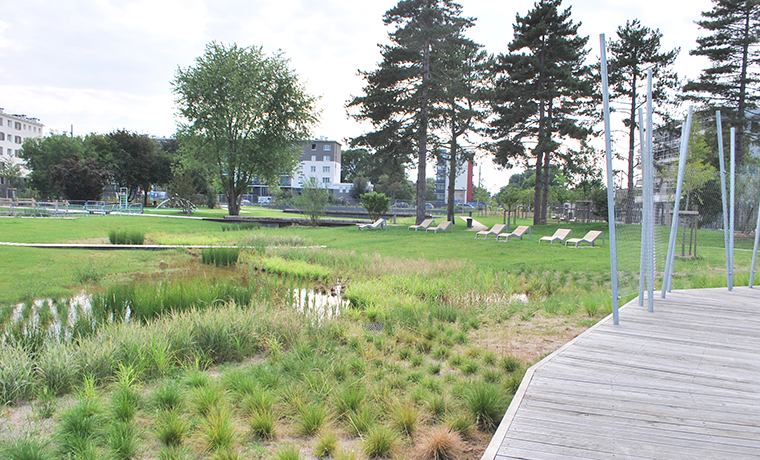