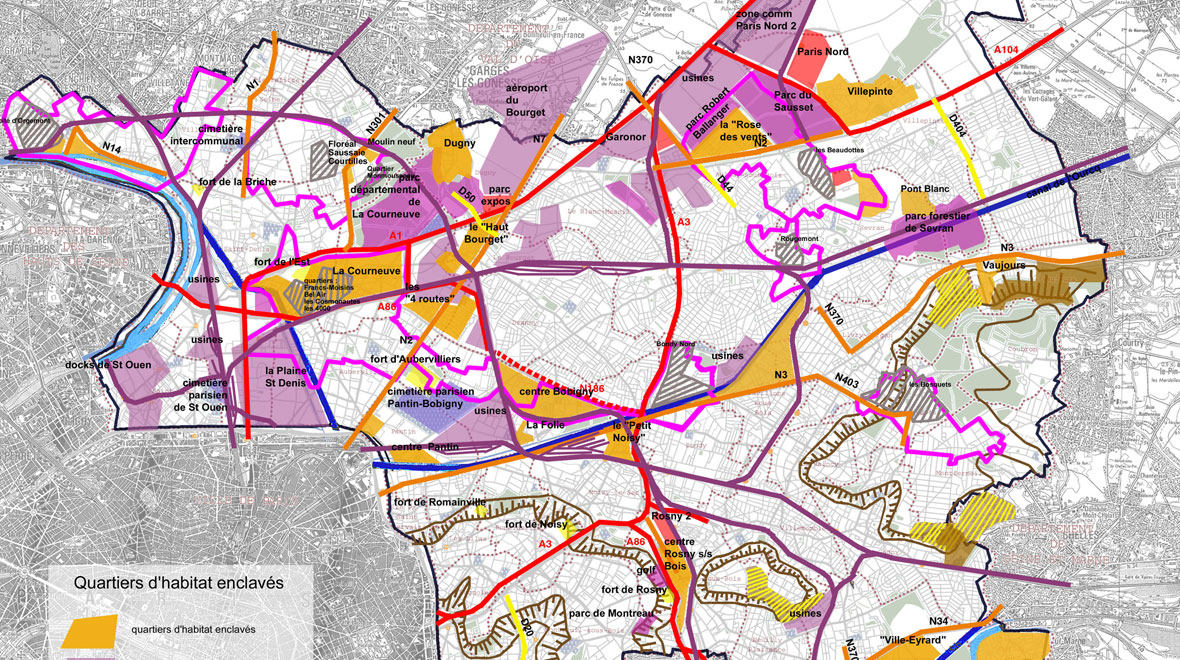 Fashioned by its geography (the Seine, the canal and the Ourcq plain, the reliefs of the forts and the plateau of Romainville, the France plain, the Marne) and its history, the land area of Seine-Saint-Denis is one of the most built-up of the metropolis. Today it is largely broken up, dissected by the infrastructure.

This study allowed us to identify on one hand the elements of land area coherence, and on the other the elements generating systems of dissection or of discontinuity in the land area. The latter are extremely diverse: large infrastructure (motorways, railways, canals), geographical elements (hillsides, forests…) forming natural frontiers, or large public or private property entities (cemeteries, airports, industrial zones) forming enclaves.

The concern of the study was to reflect on how to recreate the links between these isolated land areas by developing systems of continuity linked to cycle paths. 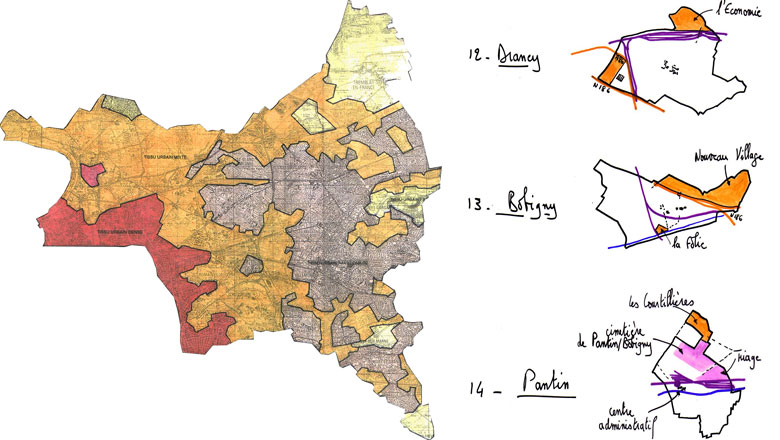