The park known as “the Trapezium” forms the main space of the nature network that draws up the landscape framework of the new neighbourhood of Val-de-Seine. The project gets back in touch with the geography of the site by opening it up to the river. Like a breach, this interval reveals an elsewhere in the city, into which nature slips. A poetic of the ephemeral is thus revealed, in contrast with the urban.

The large dimension of the site is emphasised, even amplified, by work on different scales, putting into perspective the different depths of field, a mirror-within-a-mirror effect into which the city-dweller is plunged. Inside these multiple “folds”, usage is intrinsically the matrix of the place that houses it, and gives form to the space. 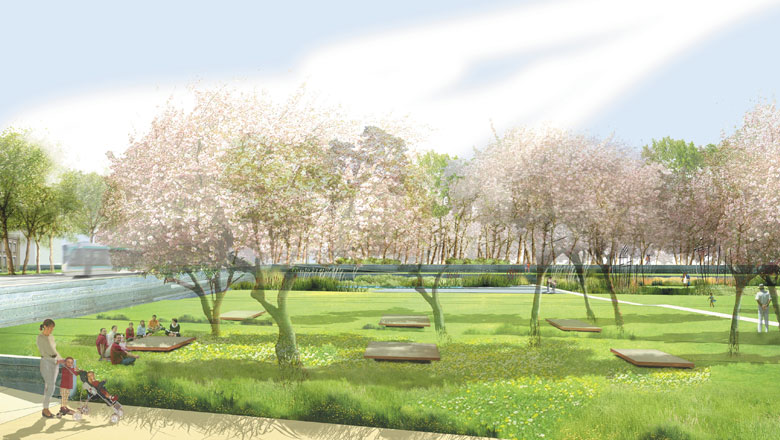