Seine-Saint-Denis Plan for a Network of Cycle Paths 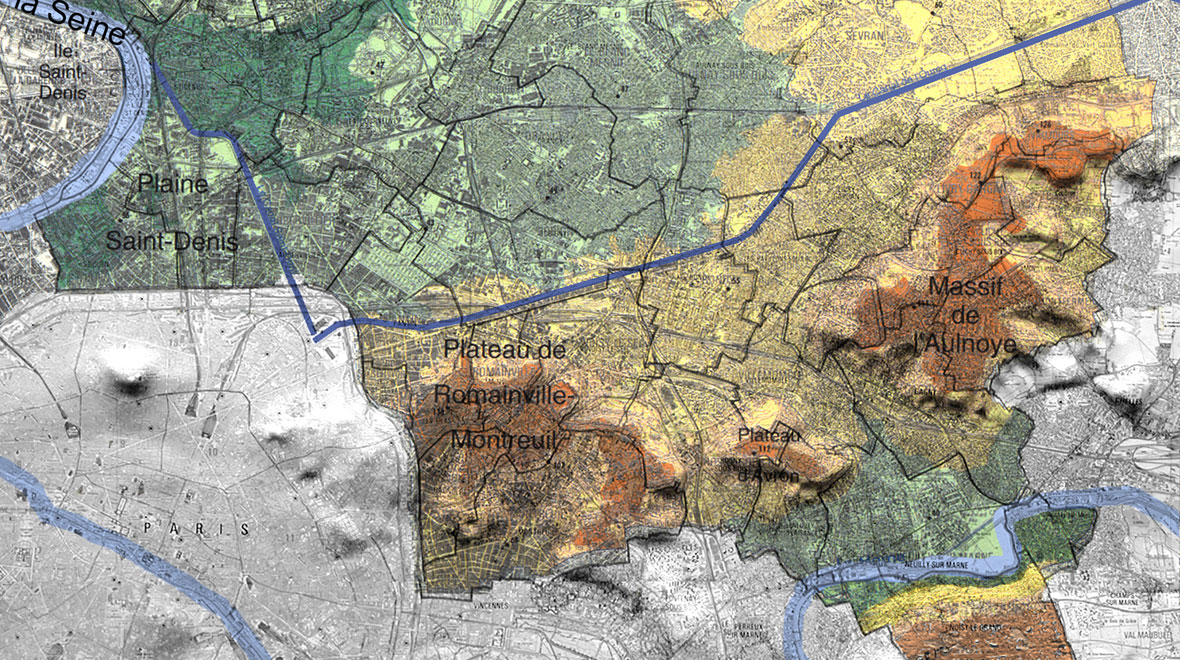 The drawing up of a plan for a network of cycle paths involved offering a coherent network on the scale of the département, allowing the inhabitants to travel by bicycle between home and work or for recreation. The plan majored on the way in which, in a département dissected by infrastructure, these paths could create new links between the scale of the car and that of the pedestrian by the development of the public space. At the same time it had to read and highlight the previous geography of the site.

It thus defined the whole of the network of cycle paths according to the spaces it was to serve and the characteristics of the landscapes crossed, each line being named and its development defined in consequence. 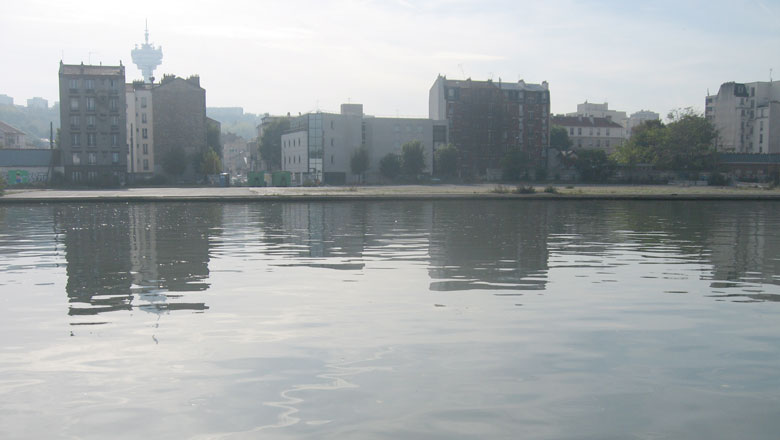 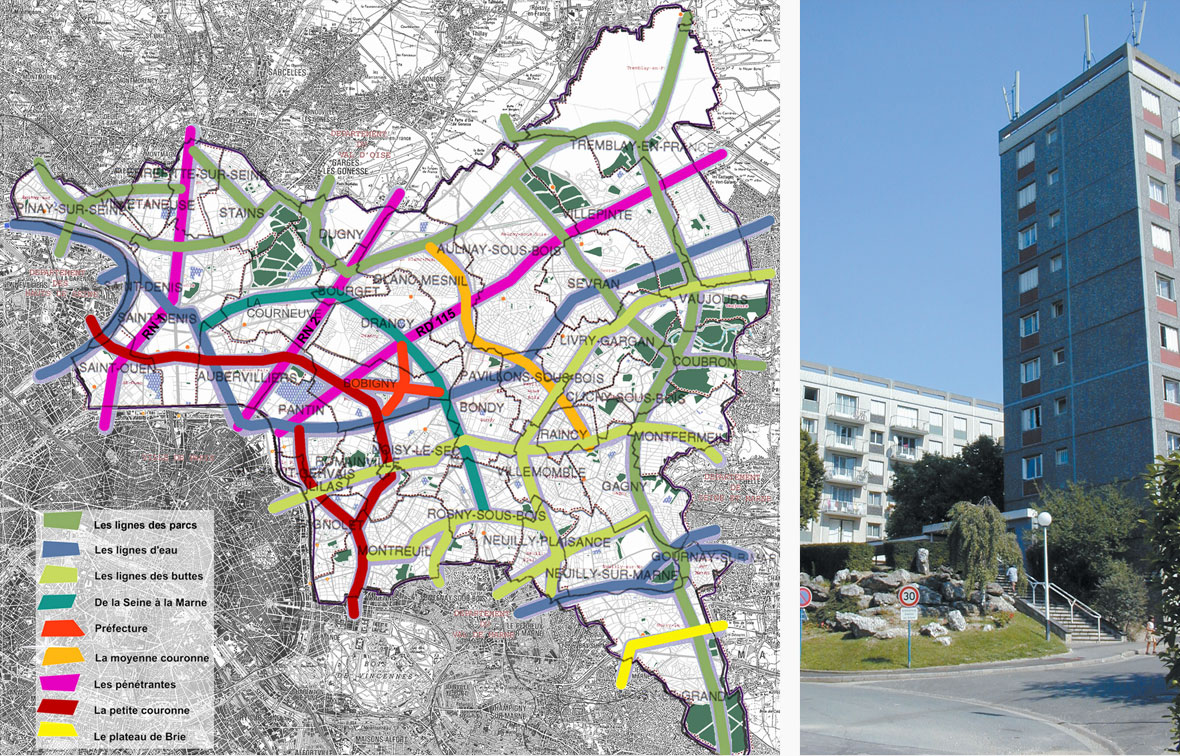