The mission involved the drafting of a master plan and the project management of work on the major spaces of the campus, which is sited on the old forest estate of the château of Orléans-La Source. The project is built around the creation of a grand prospect made up of a succession of clearings laid to lawn on the site of a large asphalted car park at the heart of the university. From a starting point of severe usage constraints, a “reversal” of the site has been carried out to offer a network of roads and parking in side lanes, opening up a major symbolic space for the campus, which also marks the château’s historic axis. 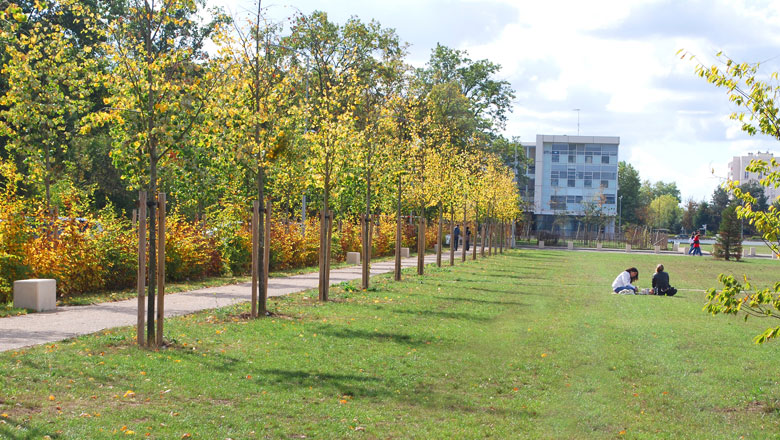