In a site that is still basically natural, composed of horticultural plots, the grand avenue allowed us to achieve a first phase of the structuring layout for the future Lilas park by writing into it the elements of its future transformation. Composed of a large central meadow bordered by two asymmetrical wooded areas, one of which is paired with an avenue and a canal of flowers, it forms a major space for walking and offers freedom to its users.

The creation of the flower canal (a metaphor for water), linked with a colonnade of oaks (symbol of lastingness) introduced a strong, poetic element and conferred on the site a strong symbolism linked with its original horticultural activities. 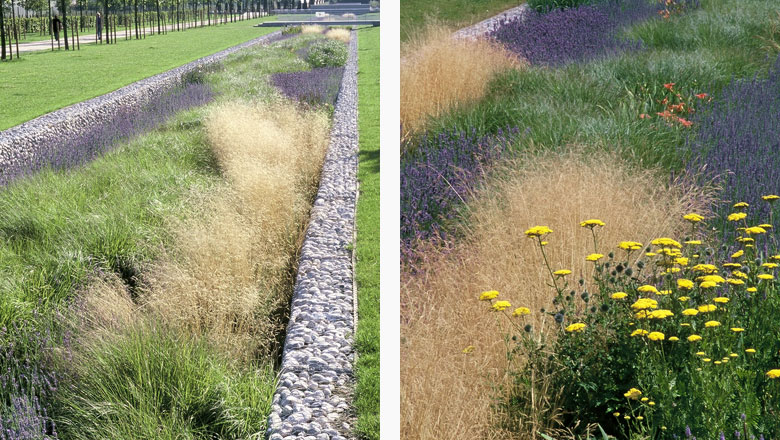